In 2017, nearly six thousand people were killed in suicide attacks across the world.

In The Smile of the Human Bomb, Gideon Aran dissects the moral logic of the suicide terrorism that led to those deaths. The book is a firsthand examination of the bomb site at the moment of the explosion, during the first few minutes after the explosion, and in the last moments before the explosion. Aran uncovers the suicide bomber’s final preparations before embarking on the suicide mission: the border crossing, the journey toward the designated target, penetration into the site, and the behavior of both sides within it. The book sheds light on the truth of the human bomb.

Aran’s gritty and often disturbing account is built on a foundation of participant observation with squads of pious Jewish volunteers who gather the scorched fragments of the dead after terrorist attacks; newly revealed documents, including interrogation protocols; interviews with Palestinian armed resistance members and retired Israeli counterterrorism agents; observations of failed suicide terrorists in jail; and conversations with the acquaintances of human bombs.

The Smile of the Human Bomb provides new insights on the Middle East conflict, political violence, radicalism, victimhood, ritual, and death and unveils a suicide terrorism scene far different from what is conventionally pictured. In the end, Aran discovers, the suicide terrorist is an unremarkable figure, and the circumstances of his or her recruitment and operation are prosaic and often accidental. The smiling human bomb is neither larger than life nor a monster, but an actor on a human scale. And suicide terrorism is a drama in which clichés and chance events play their role.

“By departing from the traditional political, military, economic, and theological analyses of terrorism, Aran presents an intriguing and novel view of the issue.”

“A conceptually innovative examination of suicide terrorism…. One of the book’s unique contributions is its analysis of suicide terrorism from an anthropological-sociological perspective, based on the author’s extensive field research in Israel and the West Bank…. An important contribution to the literature on suicide bombing attacks.”

“This is a terrific book: fascinating, smart, and enlightening. Aran makes an important contribution to the field, and this is one of the best studies of the phenomenon of suicide terrorism and even of terrorism broadly conceived.”

(Barak Mendelsohn, author of The al-Qaeda Franchise: The Expansion of al-Qaeda and Its Consequences)

“This is a remarkable exploration of the meaning of suicide terrorism. It is an intellectual journey through personal accounts of victims and inside views of the Zaka movement of Orthodox Jews who locate bits of flesh remaining after suicide attacks.

This is a thoughtful, sensitively written tour de force by one of Israel’s leading anthropologists, and the scope of his book is wide-ranging, touching on themes that are relevant to the many forms of religious extremism around the world.”

(Mark Juergensmeyer, author of Terror in the Mind of God: The Global Rise of Religious Violence) 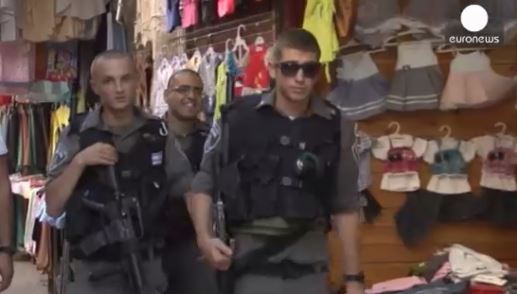 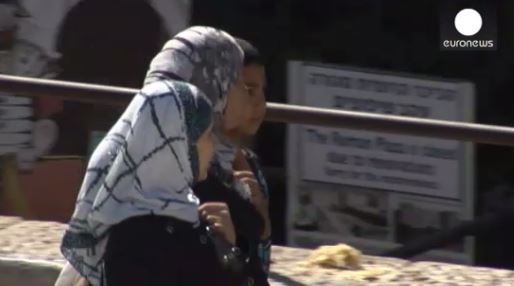 Analysis of the findings of studies that measure the different dimensions of religiosity promotes our understanding of the nature of religion but shows that the measurability itself is a complicated task.

Thus, a measure of religiosity on a certain dimension is not necessarily correlated with the measure on another dimension. This increases the difficulty to compare the religiosity of two individuals or groups in an attempt to determine which one is more religious. END_OF_DOCUMENT_TOKEN_TO_BE_REPLACED

The social scientific study of religion literature seems to acknowledge the significance of the issue, but its treatment is mainly implicit, partial and dated. A noteworthy exception which is highly relevant to the present argument is the Stark & Glock School of sociology of religion (Glock and Stark 1965).

Its foundations go back to the 1960s and it arrived at the zenith of its influence during the 1970-80s when many such studies were based on analyzing the National Survey data, while in the 1990s basically one work, impressive in itself, represented this productive research legacy. END_OF_DOCUMENT_TOKEN_TO_BE_REPLACED

“Zeaolotry and Jealousy, Victimhood and Morality; Comments on Suicide Terrorism in the Middle East”.
4 p.m. in room C103, Hesburgh Center for International Studies.
For more information, please click on this link.

The psychology of religion has been dominated by issues of measurement. Not only have psychologists of religion long recognized the importance of good measurement and have placed a high pioity on it.

But in the 1980s a leading specialist in the field pronounced measurement to be the current hegemonic paradigm, that is, the foremost perspective or concern of psychologists of religion (Gorsuch 1984). END_OF_DOCUMENT_TOKEN_TO_BE_REPLACED

Analysis of religiosity as a characteristic which may manifest in different degrees, higher or lower, relates both to the question of the very empirical existence of the phenomenon, i.e.

The actual application of religiosity indexes among the religious, as well as to the question of the theoretical value and methodological validity–that is, the heuristic functionality–of analyzing the measurability of religiosity. END_OF_DOCUMENT_TOKEN_TO_BE_REPLACED

Our examination will be limited to the three major monotheistic faiths.

Similar to the Ultra-Orthodox Jews are their parallel-competitors in Israel, the right-wing nationalist Orthodox (known by the acronym Hardal), as well as the Muslim Brotherhood in the Sunni countries of the Middle East (e.g., Mitchell 1993; Kepel 2003), the Protestant Bible Believers Evangelists in the United States, Holland, and Germany (e.g., Ammerman 1997), and Catholic groups such as the Italian Communion e Liberazione (Zadra 1994). END_OF_DOCUMENT_TOKEN_TO_BE_REPLACED

Discussions about religiosity levels take place in a variety of religious subcultures.

Formulations such as “more” or “less” religious are likely to hide widespread experiences among the religious, a basic need of sorts, perhaps a religious instinct, manifestations of which–despite their general repudiation–are both evident and intriguing. END_OF_DOCUMENT_TOKEN_TO_BE_REPLACED

Inter- and intra-religious competitions are recognized phenomena. Generally speaking, they are seen as antagonisms revolving around religious “truth,” monopolization of the claim to the original message, possession of the fundamentals (as well as struggles for control over sacred sites and offices.)

At times these conflicts escalate to Holy Wars, Religious Wars, Crusades. Jihad, etc. In our case, though, we are speaking of competition between partners who might share a religious doctrine, who do not necessarily have exegetical disagreements or overt rivalries over privileges and positions of prestige and authority. END_OF_DOCUMENT_TOKEN_TO_BE_REPLACED