After the era of the Kookistik followers’ bloc – the prospect of a new “Jewish Underground” movement looms large in the or maybe I should say, underneath the territories – this one might be far more lethal and sophisticated than its predecessor.

Lately, we have seen all around Judea and Samaria some signs suggesting the formation of armed underground cells inspired by the doctrine of zealousness and fanaticism. We can assume that the authorities have these as well as other armed and covert Jewish cells under surveillance. These men wish to achieve both intimidation and retaliation. END_OF_DOCUMENT_TOKEN_TO_BE_REPLACED

It would be safe to say that right from the beginning, the main struggle of the Gush-Emunim movement was focused primarily on the minds of the people and not on the hilltops or the territories they were set to conquer.

The Gush-Emunim followers believed that the settlement itself as well as the annexation of the land is simply not enough and so they sought to turn the Religious Judaism into a Kookistik one. 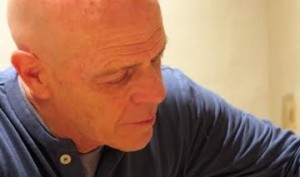